Dive deep as you explore this wonderful dungeon crawler packed with all sorts of challenges.  Collect all the coins in the level to open up the door and move on to the next room.   Can you make it through??

checkpoints at level 10 and level 20

Made by Tyson Toller - HoneyTbone

I'd like to thank Evan Palmer for his help with some of the music.

I'd also like to thank Brooklyn Toller for her help with the backdrop.

I enjoyed it :) Got to 50 coins! It started to get really hard though with those little iron enemies. I like the sound effects, were they home brewed? pew pew pew

Yea haha made them with my voice.

I couldn't make it to the end but what I saw seems pretty cool.  I wish there was more indication of when I was hitting enemies or how much health they had left.  It was hard to guess how long it would take to kill them.

Yea thats a good idea didnt have enough time to add much more before time ran out but Id love to finish it and add these touches. Thanks

This was really nice! At first glance this reminded me of the binding of Isaac (Probably just because of the viewpoint), but this puzzle game was so much fun and I really liked the music as well :D

I don't know if you've heard of Game Development World Championship before (gdwc2019) but it's a competition for indie game developers where they can submit their games and it's free! It's great if you want some more visibility for the game and it only takes a couple of minutes to join :)

I liked it. It's actually surprisingly similar to my game for this week -- I had similar laser tower things and patrolling obstacles.

At first glance I thought the hearts were health, but they're actually lives. I didn't play long enough to beat it (Only made it through a few of those laser enemy rooms). I think making life pickups, or increasing the amount of health would help players see more of your game. I lost several times, mostly due to the laser rooms. 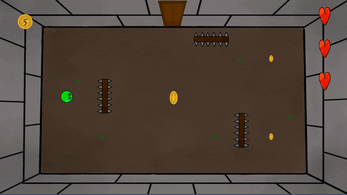 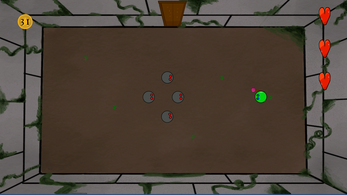 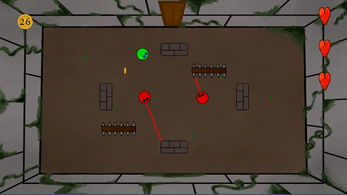 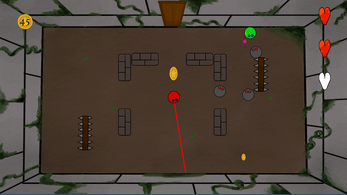